Disgraced Donald Trump lied quite a bit during a very lightly attended speech he gave today in front of the massively unfinished border fence with Mexico. One of the lies is that “unlike those who came before me, I kept my promises.” Donald Trump is a pathological liar, and you can bet that nearly everything he says isn’t true without fact-checking it, but I’m going to fact-check this anyway, since this asshole is about to vanish from government service and we now have a complete record of which promises to his supporters he kept, and which ones he did not.

Politifact tracked President Barack Obama’s campaign promises (presumably also for his reelection campaign) and did so again with Donald Trump.

The top five promises made were:

Repeal Obamacare
Obamacare stands as the Republican-controlled Congress never even attempted to repeal it in full, and it looks as if the last standing Supreme Court case is going to fail this year. ( 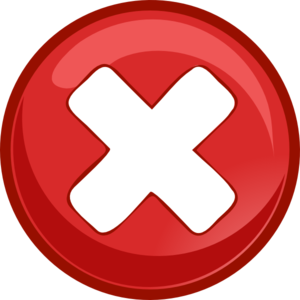 Wall off Mexico
The original plan for the border wall with Mexico was new construction to close roughly 450 miles of open border by the end of last year. As early as 2017, Trump completely abandoned the promise to force Mexico pay for it – a promise he had to have repeated over a hundred times while campaigning, with executive order 13767, ordering the federal government to begin building the wall with existing government funds to replace existing barriers with fencing instead of a wall, meaning the wall would be paid for by American taxpayers. Trump later caused a shutdown of the entire federal government due to his demands that Congress and the American people pay for his wall instead of Mexico, and would eventually try diverting money from disaster relief agencies, counter-narcotics programs, and even the United States military budget to desperately try paying for it. With just 12 days left in his administration — Trump was easily defeated for reelection in 2020 by former Senator and Vice President Joe Biden — only 47 miles of new fence has been built, and none of that is a wall. 1,305 miles of border remain with no physical barriers at all. (

Trump promised many times to ban immigrants from terror-prone countries, and in several instances advocated directly for (and promised to) simply ban Muslims from immigrating to the United States. The first ban (which initially only applied to predominately Muslim countries) was only supposed to last for 90 days, allowing time for new rules and policies to be put in place to better secure immigration from these places. The ban was quickly iced by the federal courts but eventually was upheld as constitutional by a majority-Republican Supreme Court after partial loses by the administration and several changes to the ban which went through three iterations. By the time the ban was finally upheld, the “90 day ban” was over 1,400 days old and no explanation was ever given why it lasted that long, or why it should continue when the original stated purpose of it was to give the new administration time to generate new immigration policy, which it then had four years to do (and apparently never really did.) The “90 day temporary ban” remains in place today, four years later, although presumably it will be repealed by the incoming Biden administration. (Promise Kept

Cut taxes for everyone

Every Republican candidate for public office promises to cut taxes, and given their popularity with the public, they often deliver them. This isn’t much of a promise, it’s usually a part of the Republican Party’s official platform and a run-of-the-mill boilerplate promise. One always accompanied by large increases in the federal budget deficit and national debt when enacted, because fiscal conservatism is a joke and Republicans have no problem irresponsibly spending government money if it gets them votes and big donations during election season. These cuts always heavily favor already rich individuals, powerful businessmen, professional investors, and extremely large corporations. Rarely do they benefit the middle class and sometimes regressively punish the poor — one of the few ways Republicans try honestly paying for tax cuts are by cutting spending on things like Food Stamps and Medicaid. The cuts that Trump favored and did pass the Republican-controlled Congress were found to eventually raise taxes on everyone earning $75,000 or less per year by 2027. The real cuts would be limited to the top 10% of earners in the country — e.g. only the rich would see real tax cuts and benefits. Same as it is every single time with Republican tax cuts. This is a promise broken, as far as I’m concerned, but Politifact is often stupid and gave this a clearly unearned rating. (

Not content to cut taxes mainly for the rich and then actually raise taxes (or leave them alone) for 90% of Americans, Trump promised to lower the tax rate on businesses as well to 15% from 30%, separately from cutting taxes for them to the tune of over $1 trillion. He and Republicans in Congress managed to claw the rate from 30% down to an absolutely horrible 21%, but never got close to 15%. Again, Politifact stupidly rated this as a compromise, but it’s quite clearly (and thankfully) a promise broken.

How did Trump do overall with his campaign promises? Out of 102 promises tracked, Trump broke half of them, a full 50%. 21% were compromises, 4 were stalled and therefore will end up counted as broken here in about eight days, while only 25% of promises were kept.

Trump did horribly compared to his predecessor, Barack Obama, who kept nearly half of his campaign promises (47%), compromised on 27%, and only broke 23%. Trump’s ridiculous claim at the failed and largely incomplete border wall today that he kept his promises, unlike presidents who came before him, is just another disgraceful lie, one among more than 20,000 during the past four years.